How entrepreneurial are women in Scotland? 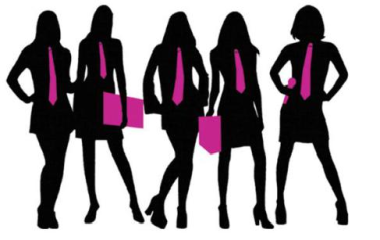 Women's enterprise can be difficult to precisely define and enumerate, but it is estimated that around 21% of Scotland's 339,000 small to medium sized enterprises are majority-led by women and a further 22% are equally-led by women and men. Men are still almost twice as likely to start businesses as women.

While the under-representation of women in entrepreneurship is an international concern, relative to other high income countries, Scotland's rates of female business ownership are persistently low. The scale of Scotland's enterprise 'gap' is illustrated by estimates suggesting that Scotland would have an additional 108,480 businesses if women's business ownership rates equalled those of men. This would equate to a 32% increase in Scotland's business base.

Among women-owned businesses in Scotland, there is considerable ambition and growth aspiration. A survey by Women's Enterprise Scotland in 2012 found that 87% were planning growth and 27% wanted to grow rapidly.

There are many reasons why starting a business is attractive to women. As well as providing an opportunity to create a challenging and rewarding career and develop financial independence, running a business means developing new skills across a range of different disciplines.

Some women work part time while setting up a business. This gives them the chance to develop their business idea while reducing the financial risk that may be involved.

Others work flexible hours in their new business. This allows them to look after a home or fulfil other commitments while getting the business off the ground.

A growing number of women have a key role within a family run business.

If you are considering self-employment, it's important to realise that there is plenty of support available for female entrepreneurs.