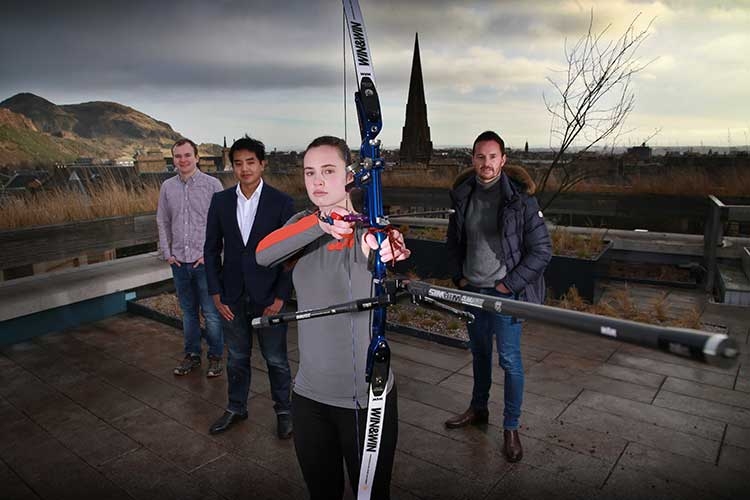 PlayerData, a sports wearable startup, has secured an early stage investment round from a number of high profile backers including Sir Terry Leahy, Blackcircles.com founder Mike Welch OBE, who has been appointed as PlayerData's Chairman, and Quest Corporate's Marcus Noble.

Co-founded in 2015 by former University of Edinburgh computer science graduates Roy Hotrabhvanon (CEO) and Hayden Ball (CTO), PlayerData's first product 'PlayerData EDGE', in its late development stages, combines a base layer garment with sensors and a removable control module and is aimed at multi-sport professional and amateur athletes and participants.

PlayerData EDGE provides data on biometrics, performance and technique for both individuals and teams and the seed round will allow the company to expand development to a market ready product by the end of 2018. High value sports including running, football and golf are being targeted.

Roy Hotrabhvanon, a former international archer who has represented Thailand and narrowly missed out on the Rio Olympics in 2016, and the PlayerData team are planning for the company's first product sell through multi-channels in B2B followed by B2C and are already scoping a longer term strategy which could see products developed for other sectors including gaming and healthcare.

PlayerData CEO and co-founder Roy Hotrabhvanon said: "EDGE is aimed at the 'prosumer' athlete market, casual to pro athletes who want a one-stop shop for their biometric and training data. With over six biometric performance indicators, we're already ahead of all competitors in the market. Using the latest advances in artificial intelligence we are developing algorithms to give coaches actionable insight to athlete performances. As a team, we're excited that our global ambitions are being matched by such a dedicated and high profile group of investors and it's great to have Mike Welch on board as chairman."

Mike Welch OBE, PlayerData's Chairman, said: "Roy and Hayden are inspiring founders with an incredible product that has a real chance to make a significant move into one of the fastest growing tech markets on the planet."

Gartner has forecast growth of almost 50 per cent in the global wearable electronic devices market from the beginning of 2015 to the end of 2017 and multiple industry reports predict that the overall smart wearables market will grow in value to over $15 billion by 2021. CSC Insight estimates sales of over 5 million wearable devices in the UK alone in 2016, growing to 14 million units in 2020.