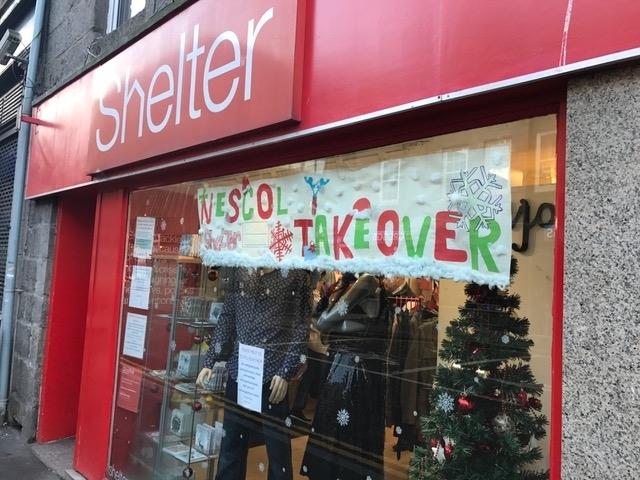 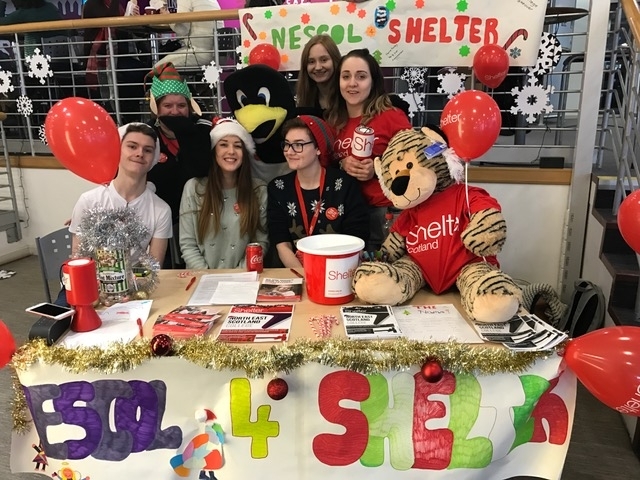 Shelter Scotland helps people to find and keep a home. Last year 28,882 calls were made to its free, national helpline and more than 720,000 unique visits were made to the charity's get advice pages on its website. It also provides face to face services from the Shelter Scotland Aberdeen Community Hub at 36 Upperkirkgate.

The teams competed against each other in an Apprentice-style challenge, using their business skills to try to increase sales and raise awareness of Shelter.The teams were tasked to run the shops as they wish, using their own marketing and selling skills to attract more customers.

Students have been working to prepare for the shop take over since the beginning of November. They have been involved in training days with Shelter to learn the key aspects of retail as well as preparing the shop for one of the busiest times of the year for retailers.

The Shelter Scotland shops in George Street and Union Street in Aberdeen, and Fraserburgh went head to head together to compete against each other to raise as much money as possible.

The students managed to raise £1,400 for Shelter Scotland over the course of 1 day as well as recruiting new volunteers to support the retail shops. The winning team will be announced at a celebration event in March!

A huge thank you to all the fantastic support received from Shelter Scotland to bring this project to life and to the wonderful lecturers who kept motivation at a high throughout.

Keep an eye out for a news update in March!North East Scotland College competed in an Apprentice-style challenge by taking over running three Shelter Scotland retails shops in Aberdeen city and shire. 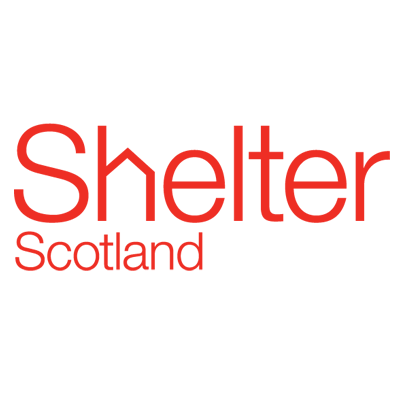