A Bridge 2 Business Enterprise Challenge was set for City of Glasgow College students working towards their HND Media & Communications and also HND Radio courses! The aim of the activity was to join a group of 4-5 members, come up with an idea for an event or gig and then organise it.

With this in mind, the Scottish Institute for Enterprise (SIE) was invited to deliver workshops that will help with teamwork and strategic management of an idea. Breaking the ice with Personality Poker first, each student got some cards in a random fashion that describe personality trait. Then through networking they got to swap cards with their peers, ending up with traits that describe their own personality! Through this, students got to know more about their own personality and also how to work best in a team that has members with different personalities. 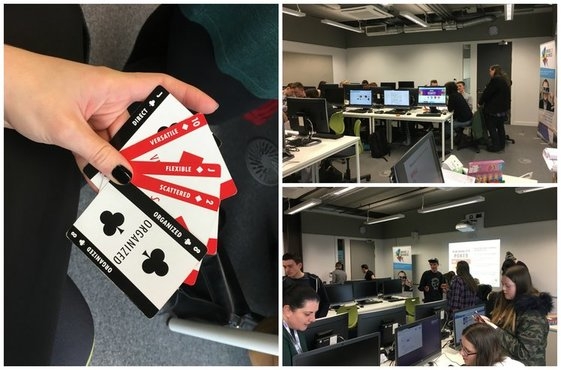 This was followed by a workshop on Business Model Canvas (BMC). Since students were asked to come up with an event idea and then put it into action, the BMC was a great tool to show they different parts they should take into consideration for their event! The BMC was completed using Pokemon Go as an example. A very fun interacting workshop that provided students with the knowledge to then go ahead and use BMC for their event. 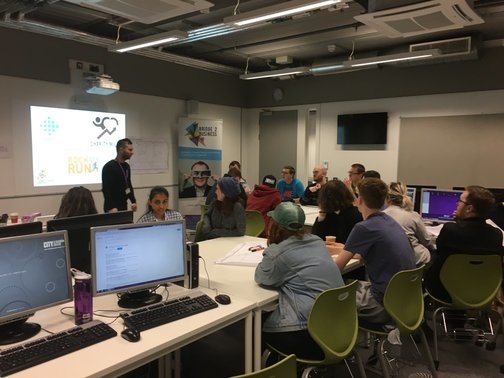 During the next weeks, students provided information regarding the specific group role they wanted to undertake, as each group had anumber of set roles and responsibilities (ie. Team Leader, Financial Officer etc.). Then each student was interviewed to find the best position according to their personality and aspirations, splitting the classes into small teams thatformed mini-enterprises. The groups then came up with their event ideas, applied for the Bridge 2 Business grant and started planning.

The events took place as part of the Creative City Festival 2017: