The 5 Early Stage Scottish Startups You Need To Know About 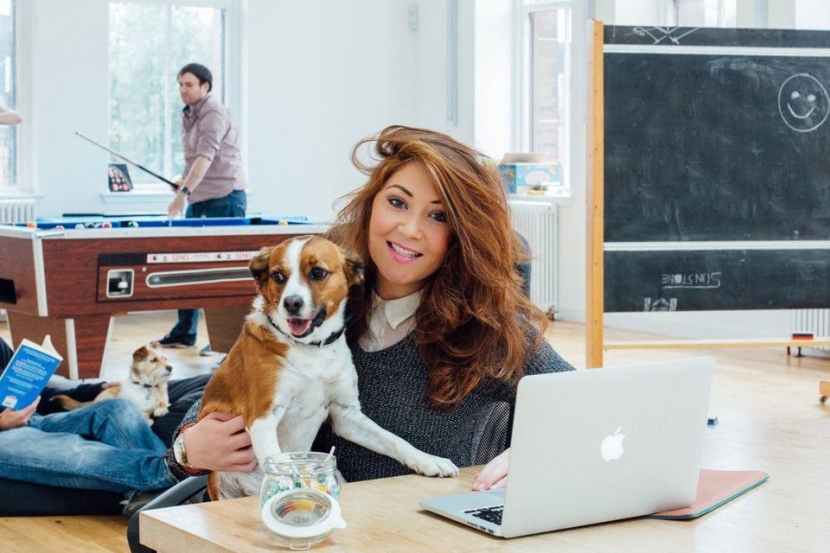 Ashley Baxter Founder of With Jack

When we first raised money for Mallzee back in 2014 the Scottish tech scene was still emerging and the number of true product driven tech companies was limited, there was a thriving agency scene but very few pure tech startups to learn from and collaborate with.

With the knowledge gained through the successes of Skyscanner, Fanduel and FreeAgent since now filtering down into the ecosystem and the barriers for people to start companies reducing all the time, the ecosystem in Scotland is now booming, with a new generation of exciting tech companies emerging.

In the last 12 months, there has been mammoth early stage rounds for the likes of Caresourcer and Snap40, the continued growth of Administrate and companies like Qikserve have become global players with their service industry innovation.

These are all companies that have built great reputations both in their home market and now globally, but what of the next generation? Who are the early stage Scottish companies waiting in the wings to step up and showcase the strength in depth of the Scottish technology ecosystem and who should you be keeping an eye on in 2019?

It's hard not to use BlackBx services in Scotland, and further afield, these days. The company provides marketing, loyalty and engagement software through the form of guest wifi access for a range of international names - Carlsberg and Pizza Express to name two but also some of the best independent venues around.

Whilst guest wifi might not be new for many venues, BlackBx has added value by focusing their offering on creating tools to enable businesses to use the data collected in this process to run marketing campaigns to their customers. From a consumer perspective, there's is one of the few guest wifi forms that doesn't fill me with fear!

Insurance isn't the most exciting business, especially for freelancers and small businesses but With Jack is on a mission to change this. Founder Ashley Baxter previously ran a traditional insurance business before identifying a niche in supporting freelancers with their insurance needs. Since then she's not looked back with 2018 bringing FCA authorization for the company and a significant increase in customers.

Bootstrapped to date it wouldn't be a surprise if With Jack saw a rapid expansion in 2019 and caught the eye of big-name VCs considering how hot this space is becoming in investment circles.

Founded by Tadas Labudis Prodsight.ai helps businesses understand customer needs and issues based on their Intercom conversations and interactions. Their approach to helping companies get feedback in a data-driven manner from customers has seen the company grow quickly and close a seed round of £115k in Sept 2018. With more and more companies aiming to put the customer at the center of their decision-making processes 2019 looks set to be a pivotal year for Prodsight.ai.

Drinks delivered to your door in one hour or less across Edinburgh and Glasgow. With the explosion in delivery services for food it makes sense that the next step in delivery services would be focused on alcohol and with several companies in this space seeing success in the US the future looks bright for Drinkly. A graduate of the Edinburgh Accelerator Seedhaus, Drinkly has had exposure to some of the best mentors and angels in Edinburgh to help them scale aggressively in the coming months, evidenced by their recent partnership with Heineken.

The stereotype of the financially canny Scot is not one that is too wide of the mark, Edinburgh sports a large and historical financial services industry. With this in mind, it's not strange to see a successful and growing Fintech industry in the city. One of the newest entrants to this scene is Orca Money. Tackling the emerging P2P lending market the company is focused on helping consumers diversify and manage their investments in this emerging sector across platforms with ease. This is done by enabling people to deposit funds, build portfolios and monitor their investments through the Orca platform.

The company raised £575,000 in September through the crowdfunding platform Seedrs to facilitate this mission. In fintech money doesn't go far so I wouldn't be surprised if another round was on the horizon in 2019.

The early stage technology scene in Edinburgh (4 of the 5 companies are based in the nation's capital) is thriving and there is a wide range of other great companies that are in line to have breakout 2019 including the likes of Kindaba, Pitchbooking and Wallet Services.

Edinburgh is clearly now a hotbed of European Tech and deserves the recognition that comes with that, don't be surprised if more and more VCs turn to the city to find investments - especially considering the successes already seen here.

© 2021, Young Enterprise Scotland. All rights reserved.
Incorporated in Scotland as a company Limited by Guarantee. No 133649 and with Charitable Status SC018180